When I was ordained deacon in 2006 I got involved with the Birmingham Diocese Clergy Golf Society.  I enjoy golf, even if I am not a great player (handicap index 21).  At that time there were about a dozen golfing clergy, and the better golfers would compete hard to win our annual competition, the Lloyd Trophy.  Over the years, for different reasons, the numbers of golfers diminished.  The decline became undeniable in 2016, when I won the Lloyd Trophy myself!  By 2020 there were only three of us, and what’s more, the captain was retiring and moving to Lincolnshire!  The captain asked us other two who would take over as captain.  My colleague played a blinder by saying he also expected to move diocese shortly, so at the end of 2020 I became captain and sole member of the clergy golf society!

My first task as captain was to recruit (rather than select!) a team for the inter diocesan golf competition in July 2021.  We managed to field a half team (two people) because my cunning colleague did not change dioceses after all!  Mysteriously things started to change.  I discovered that lay Readers are now eligible to play in the CofE competitions, so I managed to recruit a couple of Readers, one of who is a good golfer.  Our new full time Area Dean, Phelim O’Hare, is a good golfer.  Two clergy golfers have moved back to Birmingham in their retirement.  Three former players, who had stood down for health reasons, decided that they could start playing again.  When we played the Lloyd Trophy in September 2021, we had 10 competitors!

The story of declining clergy numbers does not only affect the golf!  Since the lockdown I have missed the support of the Revd John Bradford RIP, and Valerie Hamley, Reader.  There will be less services at St Mary’s Lapworth. The Diocese has a “People and Places” strategy for managing with less clergy.  The idea is that parishes will be gathered into “oversight areas” so that clergy, Readers, lay ministers and other resources can be shared between parishes more effectively.  It has been suggested that Packwood, Lapworth and Baddesley Clinton should form an oversight area.  This seems much more workable than some of the other suggestions, but it still presents many challenges and difficulties.

The shortage of clergy (and money to pay for clergy!) can cause us to worry about the future of the church.  I think it is very important to trust God and not to worry!  God cares for his church much more than we do, and often he leads it through experiences of decline followed by renewal, which are analogous to the death and resurrection of Jesus.  Our job is to trust, and to walk moment by moment, day by day on the path of love which he sets before us.  But I can’t help hoping that, like with the clergy golf, there will be a mysterious reawakening!

“People and Places” Prayer from the Birmingham Diocesan Website

Gracious and merciful God, as we pray for the future of the Church of England – Birmingham,

we thank you that the whole earth, its people and places, are equally precious to you.

By your Spirit, equip us to meet the challenges of these times with generosity and courage;

hold our fears and uncertainties in your love, and grant us the needful gifts of grace

to share your love and reflect your light throughout our communities:

in the name of our Saviour, Jesus Christ, Amen. 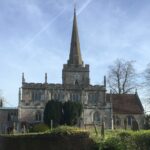 Change to the Pattern of Sunday Services
July 18, 2022 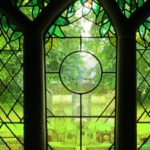 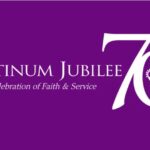